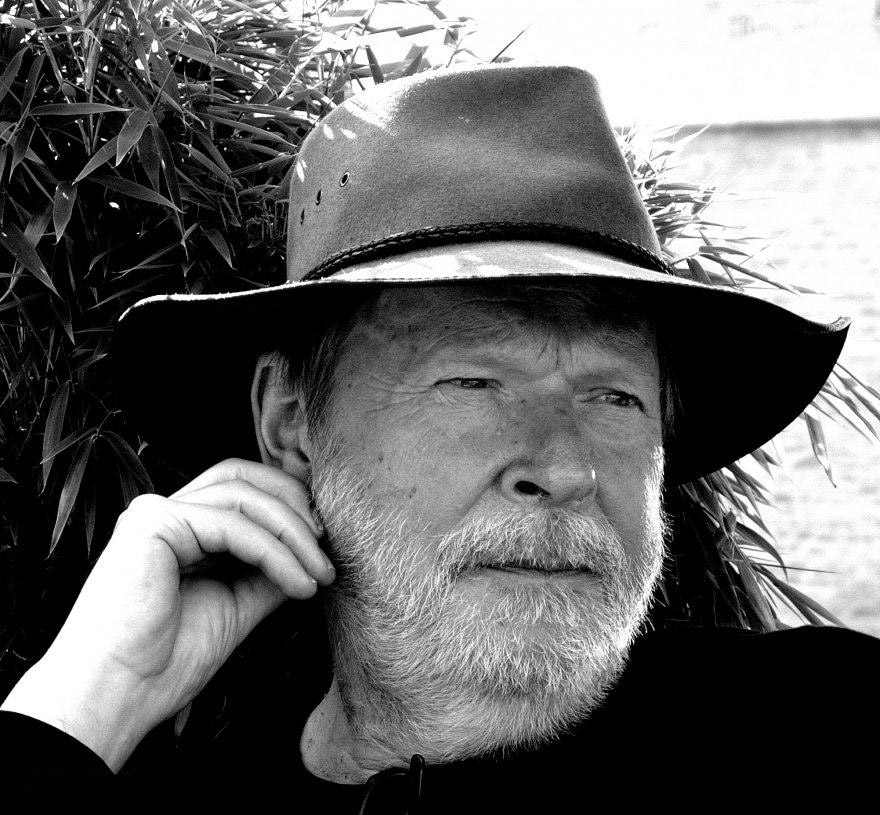 Hans Mulder (Arnhem, the Netherlands, 1947) graduated in 1973 at the Royal Academy of Arts in The Hague. In 1986 he graduated as well at the Radboud University in Nijmegen in Modern Literature on a dissertation about the poetics (pure poetry) of the Belgian modernist poet Paul van Ostayen. (Antwerpen, 22 februari 1896 – Miavoye-Anthée, 18 maart 1928)

The art work by Hans Mulder has more themes:

The Reine Lyrik  (pure Lyrics) series,: pure painting, the joy of painting the painting itself; for the painter himself; "the aimless game" with paint, brushes, materials, tools and technical resources. Paintings as solidified witnesses of a mere creative process. Sometimes the paintings have instea of a code, titles, but the relationship of the title to the work is ambigue.

The Zerrissene Erde series, a poetic panorama of images, paintings, drawings, mixed media and overpainted photographs derived from the amoral beauty of the everlasting destruction of the earth, mankind and culture. Beauty beyond good and evil. Hans is fascinated by the dark introspective tone of the early twentieth-century Austrian poet Georg Trakl from who he uses every once in a while (parts) of his poems as inspiration for both his paintings as his graphic works.

The Non-Places series. Overpainted photographs of pure anonymous places, "the ruins of a lost paradise", found everywhere; at random withnesses of mankinds relationship with the Gods, the earth and nature.

Other works, miscellaneous
Hans Mulder gives often German titles to his work: "German is the language, to me, with the broadest semantic and poetic bandwidth and therefore suitable to emphasize the essence of my work; German is the language of Trakl, Rilke, Goethe, der Kommissar, as well as Hitler".
His work is nearly always made up of black, gray and white; scarce color is applied, only when a nuance within the gray palette is no longer adequate. "Color should serve in the proces of painting, not please, exactly that gives the art its power." 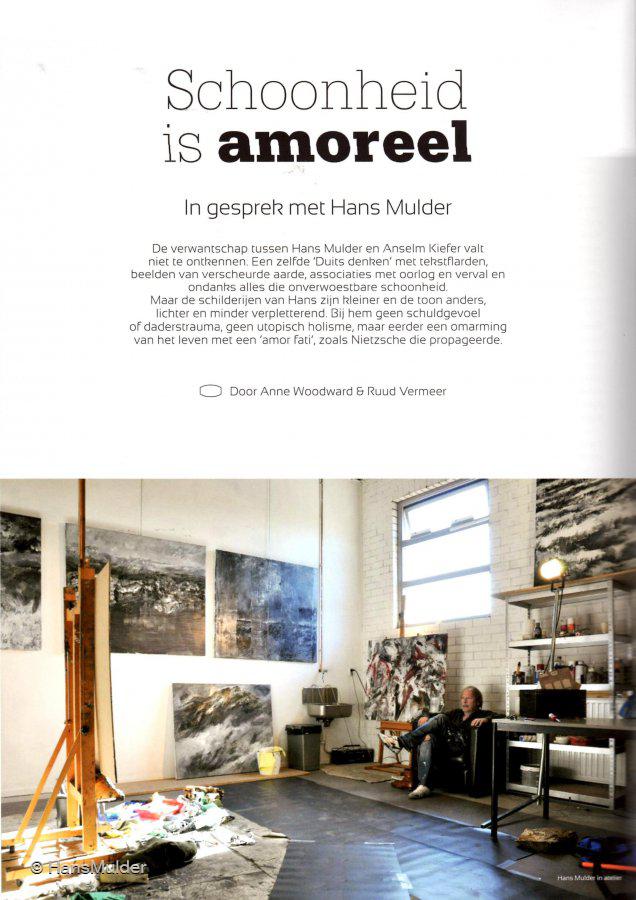 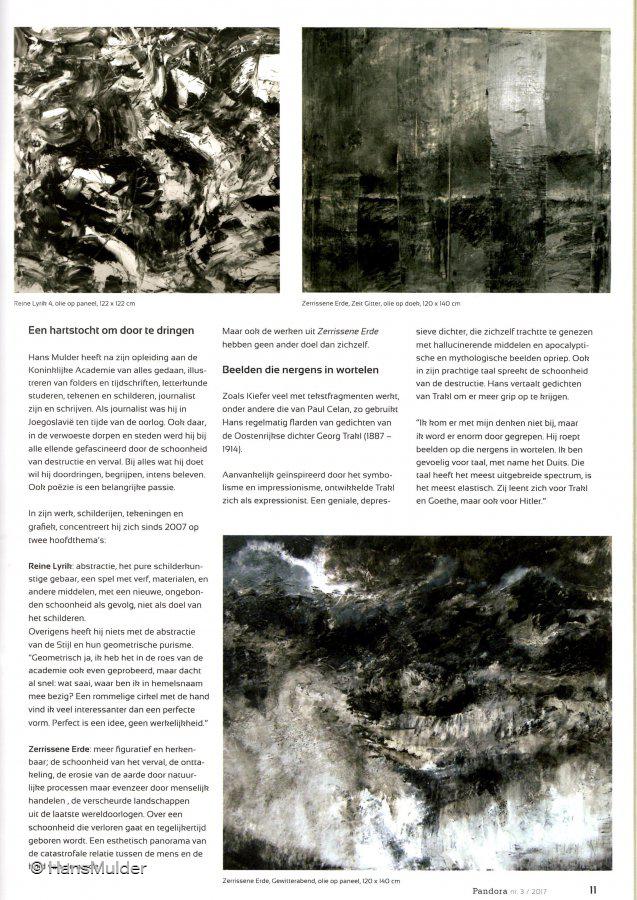 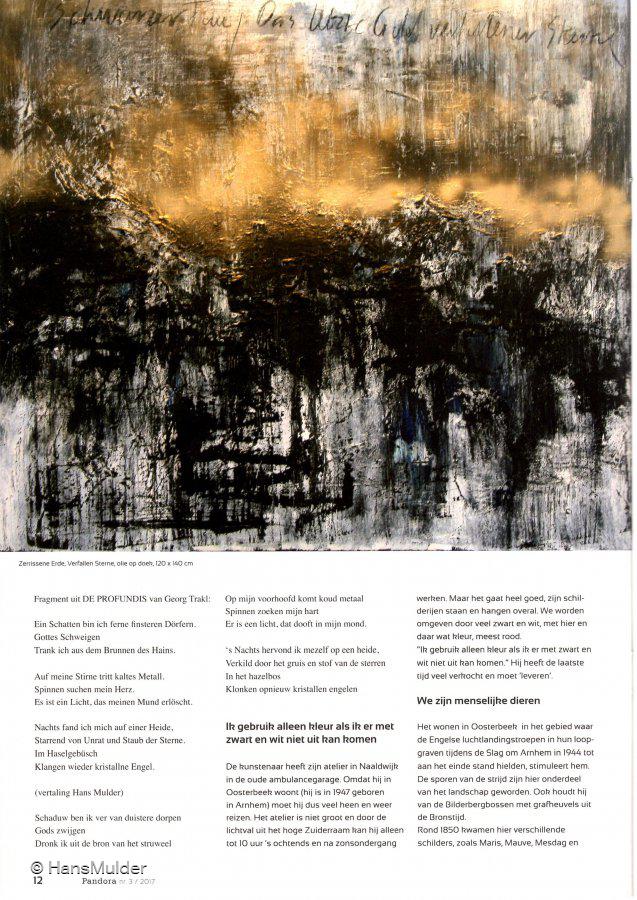 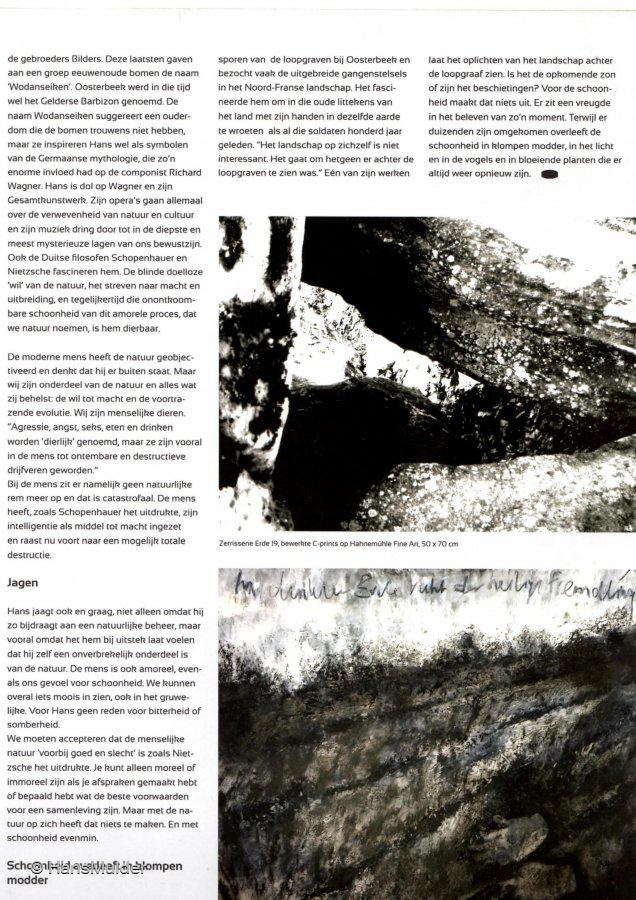 "Beauty is amoral",  a feature about the work of Hans Mulder by Anne Woodward and Ruud Vermeer in the Dutch art magazine "Pandora", 2017 #3
Loading...